A recent survey by Choice Home Warranty found that 67.5% of Americans don’t trust real estate agents. Age was the biggest indicator of whether a respondent was likely to express trust; nearly 70% of people under the age of 44 said they do not trust agents. 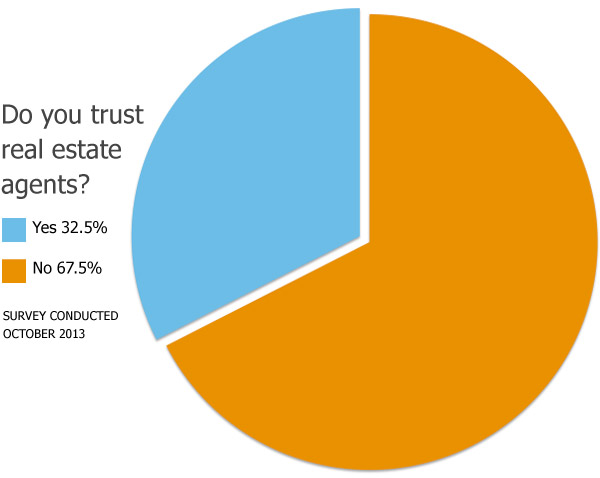 When it comes to surveying who trusts real estate agents, the responses across demographics remains pretty static.

Both men and women appear to have the same level of distrust, answering No 69% and 66% respectively. The responses were only separated by 3%, which is within the margin of error.

However, population density did have a slight influence on whether participants were likely to trust real estate agents. 66% of city dwellers, those defined as living in Urban or Suburban areas, said they did not trust agents. Distrust jumps to 74.3% for those living in Rural areas. 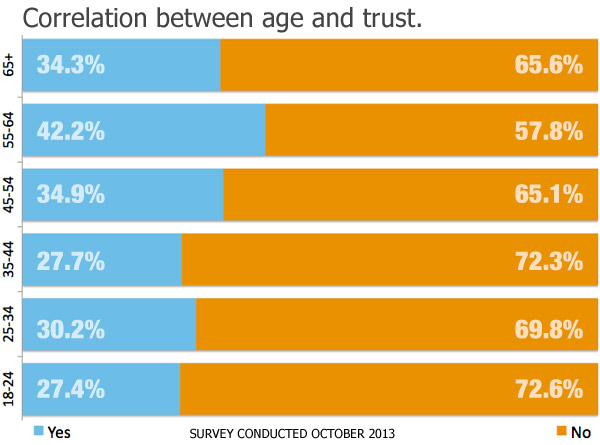 The Choice Home Warranty Survey, “Do You Trust Real Estate Agents,” was conducted online using Google Consumer Surveys October 30, 2013 among 1147 adults (aged 18 and over). Results are weighted by inferred gender, age and geography to reflect the population.